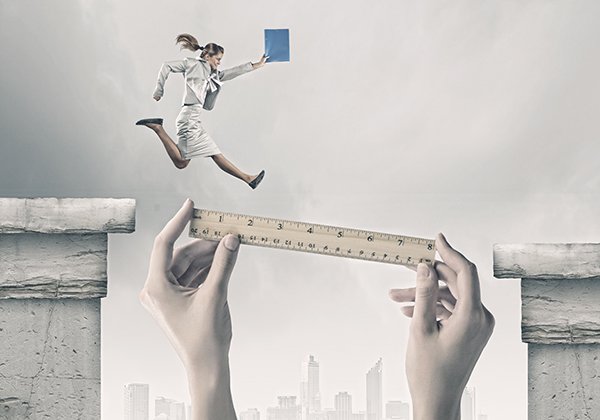 If you don’t track it, you lose it

I recently had a meeting with a builder in my community.   We started to talk about the importance of numbers and metrics when running a profitable enterprise.   He is a leader in his Industry having operated successful and meaningful construction businesses. We discussed my somewhat clumsy and crude business software, which was progressively built on an Access Platform, from 1994 through to 2012.  It grew with my business as I learned or had the need to learn more. It was fed by the desire for business improvement.

The builder lit right up; he had done the same thing.  For each of us, after finding a staff member who had a knack for database structures, our respective journeys began. We had both learned what worked, understood the importance of metrics and translated this into healthier operations, improving growth and profits.

What we both recognized was that many firms make excuses for not monitoring their metrics.   They are too busy; they simply don’t have time to monitor their numbers. This keeps them in the dark.   Even firms that look incredibly successful from the outside, may not know their numbers, may not be aware of their inefficiencies nor the costs associated.

This builder was religious about tracking his operations.    He understood there was ‘opportunity in the wrinkles’, and he worked diligently to expose these.  He paid attention from the first handshake, through the final sign-off, well into a long-term engagement which included referrals and ongoing service.   By monitoring his metrics, he was in a much better position to discuss any disconnects with his clients. He also had a lot of detail to support his invoices and assure his customers.

If you are one of the firms that believes you are doing well, and do not need to track metrics, you may want to consider this:  According to a US Study, on average, only 42% of construction labour hours are billed. This represents 25 minutes per hour and varies with the particular trade.   Admittedly it is an average over many sampled firms. However, this isn’t a boastable average for anyone, let alone an industry.

For some, the hourly rate their trades are paid is their primary focus.  They may believe that they have little control over the rate they charge their customers.  Tracking hours, knowing where time is going, ensuring that the work done is billable and within ‘reasonable’ tolerance of the client’s expectations is important.

Take a look at the red opportunity on the graph above.  Let’s assume 15 minutes of time pre hour, which if billed would bring the figure up to 67%, 160% better than the NA average.  Hours billed would be 1340, so revenue would shoot up to $121k, and the margin would be 51k or 42%. It is easy to say, you are in that league, however if you aren’t tracking numbers, if you don’t know where you are, you are likely leaving money on the table.

So let’s take another tack.  Let’s look at what happens if you can eek out a minor 5% of billable time.  This is a mere 1.25 minutes per hour, or 42 additional billed hours per year  (close to $4k per trade at $90/hr, directly to the bottom line). The question is, what can you do differently to maximize billable time.  Keeping in mind, of course, that labour is one of the most difficult areas to optimize, one of the areas that consumers typically undervalue and likely your largest single investment.  It is also a differentiator and an opportunity to really own the customer.

Obviously tracking actual time billed to clients, and especially changes, is critical but also important is tracking time not billed.   Where is that time going? Consider: warranty, travel time, job site inefficiencies. (which might include, sending trades to sites prematurely; sending them with incorrect materials; faulty product; sending the wrong trades; assuming knowledge rather than clarifying; not tracking deficiencies creating repeat visits or warranty work).   Time lost because communications are not clear can be massive. Unless this is tracked and attention is put squarely on the non-billable, there is little likelihood that effective change will be realized.

How firms charge can have an impact on the billable time.  I’ve always argued that fixed contracts are costly. Everyone stops looking, the client, the GC, the Trades themselves.   So, change orders and inefficiencies can get swept away, literally. Charging time based on actual hours, keeps everyone on their toes, and forces accountability.   For many, tracking change orders is a gaping hole. Seen as time consuming, it takes a serious commitment to systems and communications, however it pays back in several ways: ensures accurate billings; is professional, assuring the client that you are organized and accountable; helps with future bids; helps identify opportunity areas including better ways of doing the work.

There is a bottom line in all of this.   Most firms ‘assume’ they know their bottom line.   Make sure you are not assuming, track and question everything, find gaps, problem solve effective ways to address these gaps.  Guaranteed, if you are not tracking, you are missing opportunities. It will only get more challenging as the labour market shifts and fewer competent trades are available to do the work.  Efficiencies will matter more and more, so will effective internal systems and software. 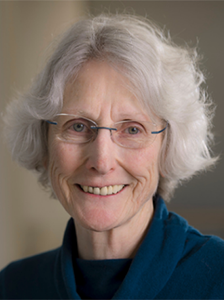 Marilyn is a Professional Accountant. She spent 23 years running trade based businesses, offering Low Voltage Custom Integration solutions to demanding and discriminating customers for high end residences and businesses. She has served on boards, taught in her Industry and is a Fellow of the Custom Electronic Design and Installation Association (CEDIA). Marilyn Co—founded Smart fx in 1992, merged with La Scala in 2000 and later acquired LaScaIa in 2007. Over the years running a custom installation business, she learned what it takes to run a profitable business dependent on construction timelines. These insights and lessons learned, delivering ‘skilled labour’ as a primary service offering, were the seeds that grew the LincEdge concept.